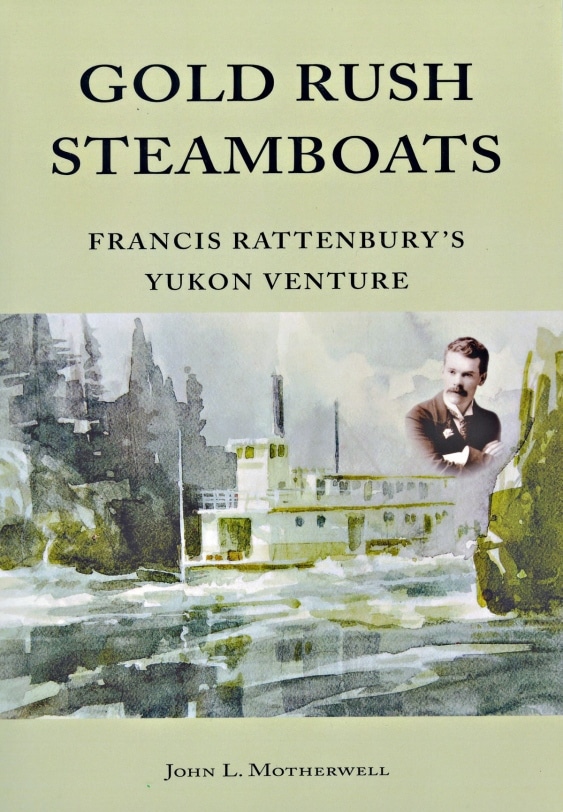 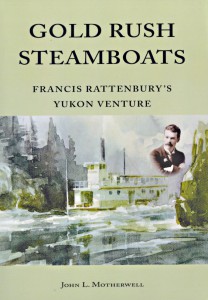 Rattenbury’s Yukon experience has interested John Motherwell for more than half a century. While he was in Whitehorse, John first heard of the Bennett Lake and Klondyke Navigation Company in 1955, long after its boats had stopped running. ~Dave Obee, Editor-in-Chief, Victoria Times Colonist newspaper writes:

” Motherwell found what was left of two of Rattenbury’s boats, later, on the Yukon’s Fortymile River. In 2002, he visited the company’s old shipyard at Bennett Lake.

It’s safe to say that Gold Rush Steamboats has been a labour of love for John Motherwell. Motherwell spent years researching Rattenbury’s story. He pulled  information from newspapers, government reports, memoirs, other books and additional sources.

His book is thorough and compelling, especially because it shines a light on part of our history that was in danger of being forgotten.  His story illustrates the important role Victoria played in the Klondike gold rush.

Victoria was, after all, an important staging area for people heading north The community inspired  local business to get involved in the rush.

Motherwell’s book is highly readable, and well-illustrated with both photographs and maps. Do not discount the book just because it was self-published.  It is more evidence that self-published books can match, and even surpass, the books coming from conventional publishers.”