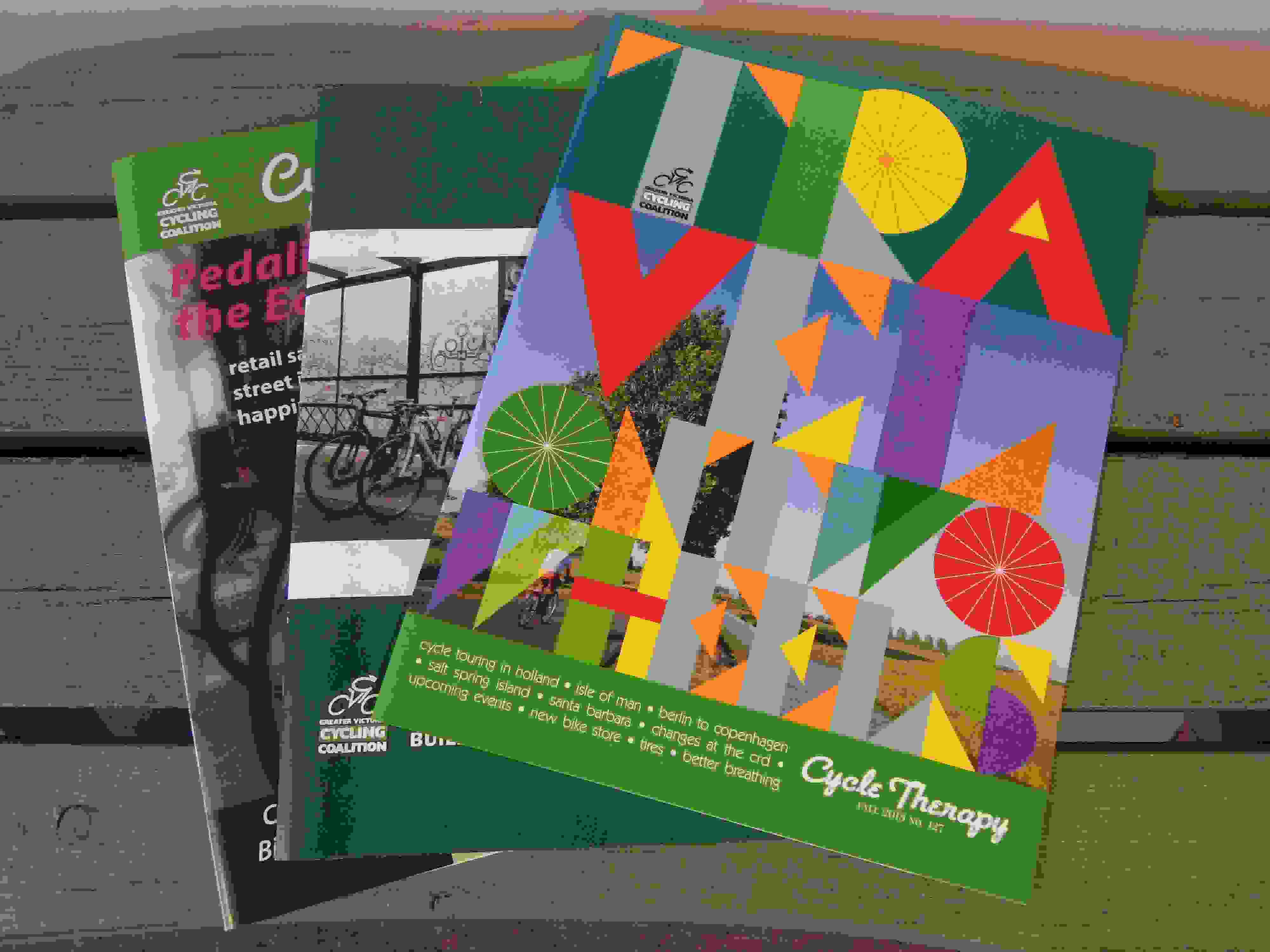 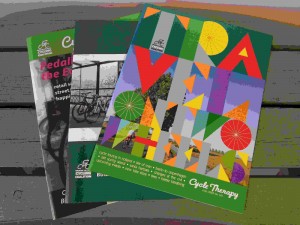 First Choice Books prints a lot of magazines, newsletters, and reports. One of the latest was titled Bikes Mean Business by Tom Berkhout and Ray Straatsma.  The report has already made a big splash in the media. We were pleasantly surprised to find a three quarter page spread discussing the report’s findings on the front page of the business section of the Times Colonist  (Newspaper).  We also heard one of the authors being interviewed by CBC morning Radio.  Read the complete report courtesy of the Greater Victoria Cycling Coalition.

This follows closely on the heels of Patrick O’Connor’s attendance Friday, at the University of Victoria IdeaFest panel discussion “So You Want to Launch a Magazine?”

The discussion featured among other publications “The Concrete Garden”  once printed at the bindery.

The panel included moderator Dr. Lynne Van Luven (Associate Dean, Writing), Nadia Grutter (Coastal Spectator), Patrick Close (The Warren), Quinn MacDonald (Conrete Garden), Patrick Grace (This Side of West) and Andrea Routley (plenitudemagazine.ca). All magazines were created by students from the Department of Writing at the University of Victoria.

Esi Edugyan, a Giller Prize winner has this to say “I studied with so many great teachers at UVic. The calibre of guidance was amazing.”

Later this week we will begin the second edition print run of Pulp Literature Magazine.  It was launched by a Kickstarter project last year. The editors are Jennifer Landels, with a degree in Mediaeval English Literature; Susan Pieters, MFA and Mel Anastasiou, pen and ink artist extraordinaire. There are many favorable reviews on the Pulp Literature website.  (Update: We are now on the 25th edition of Pulp Literature!  Congratulations everyone at PL.)

We are thrilled to be involved with such a talented group of blossoming professionals!